When Dutch-Anglo oil giant Shell decided to build a massive floating gas factory known as Prelude in 2011, it was billed as the dawn of a new era for the industry.

Australia was midway through a once-in-a-lifetime $300 billion splurge that would make the country the world's biggest producer of super-chilled, shipped gas.

Floating gas plants were supposed to be the logical evolution, vacuuming up gas wherever they went and making fortunes for shareholders and taxpayers.

But barely a decade later, Prelude has been racked by cost and time blowouts, technical problems, and warnings from the regulator that the project came dangerously close to a catastrophic failure.

What's more, critics say the facility may never pay a cent in royalties, is unlikely to deliver a molecule of gas to the domestic market, and has sent most of the construction jobs offshore.

It is all a far cry from the rhetoric of last decade, when Shell's then-Australian chairwoman Ann Pickard said Prelude would be "full of Australians" and "generate a tonne of tax revenues".

How did the reality diverge so widely from the rhetoric, and what does the future hold for Shell's grand plans? 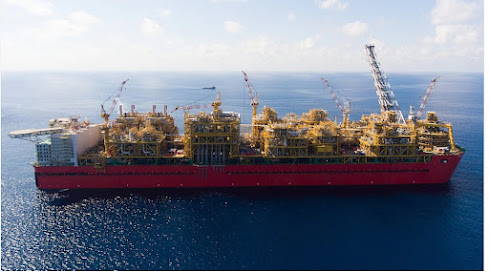 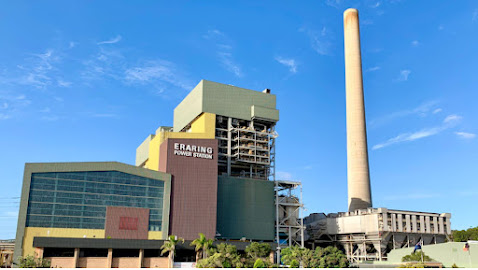 An energy economist says the world will be watching as an Australian company's proposal to frack onshore oil in the Kimberley is considered by Western Australia's environmental watchdog.
The WA Environmental Protection Agency released Theia Energy's application for seven days of public comment this week (January 2022), which outlines plans to drill and frack two exploratory wells 155 kilometres south-east of Broome.

It is the second application for fracking in the region since a moratorium on the practice was lifted in 2018, with a proposal from Texan-based Black Mountain Energy currently under assessment by the EPA.

"It could theoretically be a huge project when you consider the resource of nearly six billion barrels of oil and compare that with the proven oil reserves in Australia that are around two and a half billion," he said.

"This type of project could really help to satisfy Australia's demand for oil and to significantly reduce our import dependence on other nations.

"But of course, it's one thing to have abundant resources; it's another thing to be able to access them."

There has been a lot of speculation about the potential for Theia Energy's Great Sandy Desert project, located in the in the north west's Canning Basin — which has some of the largest reserves of onshore oil and gas in the country.

A project fact sheet produced by the Perth-based company and dated 2018 suggested that of the tens of billions of barrels of oil estimated to be locked in the shale rock on their petroleum lease, six billion barrels were recoverable.

The oil find is described as "unconventional", meaning it is locked in dense rock that will need hydraulic fracturing, or fracking, to allow the oil to flow to the surface.

The company, which has been contacted for comment, also previously published a conceptual graphic showing a network of wells, pipelines and a new port on the Kimberley coast to support the project if it was to successfully scale up. 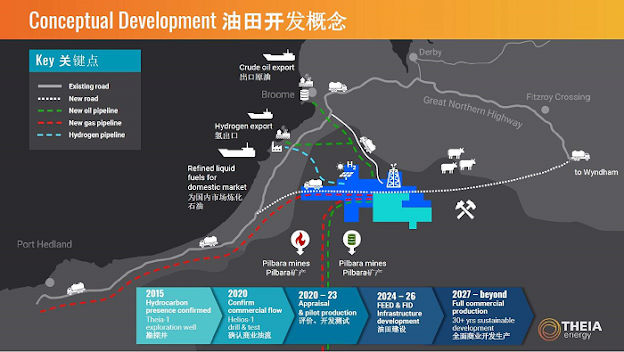 Economic and social challenges ahead

Dr Aguilera, who is also a petroleum consultant, said the idea had promise but there were many financial, logistical, and social licensing challenges ahead for this fledgling industry.

"That includes upstream infrastructure to be able to produce the resource, but also the midstream installations like pipelines to be able to deliver it to a market," he said.

"Not to mention other factors like environmental and public acceptance, which are also very important in determining a company's social licence to operate.

"Without that licence development becomes very difficult, as we've seen in many parts of the world."

Dr Aguilera said building infrastructure like pipelines was particularly costly but with oil prices holding strong at nearly $90 per barrel, this could tip the balance in favour of the project.

"I would think that other companies will indeed be watching and if it's shown that WA provides an attractive and stable regulatory regime, then of course we could expect additional investment from other companies," he said.

While Theia Energy was able to negotiate an Indigenous Land Use Agreement with Karajarri traditional owners in late 2020, the project has continued to draw criticism from environmental groups.

Environs Kimberley director Martin Pritchard called for the state government to reject the proposal, which is near the environmentally sensitive Edgar Ranges and Fitzroy River catchment.

"Our major concern is that while this proposal is one well, what this company is planning to do is hundreds, if not thousands of wells across this area of the Kimberley," he said.

"Coming with that are concerns around pollution of the groundwater, surface water and the land clearing that would go with it but also the carbon emissions that would come with both extracting oil and gas and burning the oil and gas for energy.

"We're really concerned that this could be a major industrialisation of the southern Kimberley and we're calling on the WA state government, in particular Premier Mark McGowan, to make sure this doesn't happen."

Following the conclusion of the WA Independent Scientific Panel Inquiry into Hydraulic Fracture Stimulation, it was found the practice posed a low risk to human health and the environment.

However, fracking is still banned across 98 per cent of the state, with exploration permits limited to existing petroleum leases in the Kimberley, adjacent to the Dampier Peninsula area, an area north-east of Carnarvon, and an area between Geraldton and Gingin. 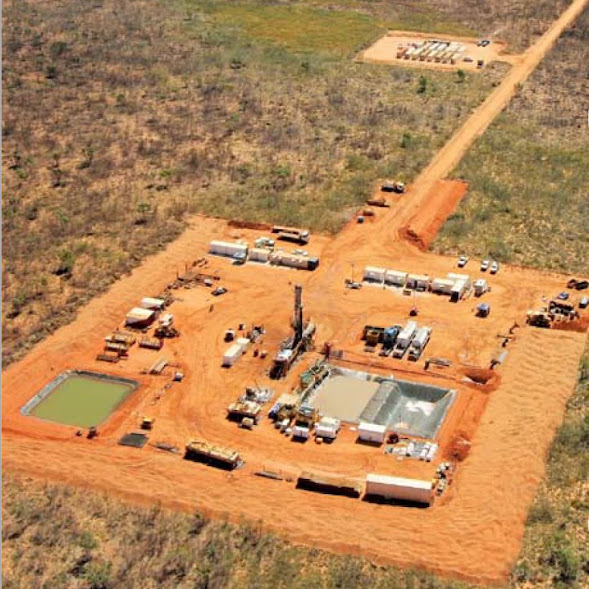 Theia Energy's only well is the Theia-1 exploration well in the Great Sandy Desert, drilled in 2015 by Finder Exploration which was split in 2018 into Finder Energy and Theia Energy.(Supplied: WA Department of Mines and Petroleum)

According to a report by consultancy firm Climate Analytics, carbon emissions from fracking the Canning Basin would be double Australia's commitment under the Paris Agreement.

The research was headed up by veteran climate scientist Bill Hare, who said there was a clear contradiction between emissions reduction policies and simultaneous support for new fossil fuel projects.

Dr Hare said there was a global shift away from fossil fuels in favour of renewable energy, as many countries around the world strive towards net-zero targets by 2050. 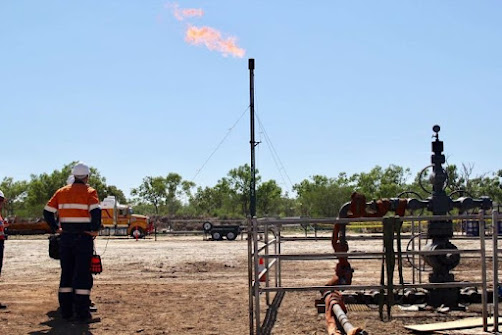 The future of fracking unconventional oil and gas has come into question as the world transitions to a carbon-neutral future.(ABC News: Dan Fitzgerald)

"The International Energy Agency has made clear that if we're going to limit global warming to one and a half degrees globally, we can't afford to develop new oil or gas reserves and use them," he said.

"It's clear that the markets globally are changing; everyone can see that, and a lot of investors and financial firms are moving away from investing in gas and oil, as they have from coal.

"And I believe, as countries move to increase their commitments and actions under the Paris Agreement, that this will only intensify.

"It's a historically important moment now on climate change ... and I think there's a risk that the Western Australian government is going to end up on the wrong side of history on this."

The public have until January 24 to submit input on Theia Energy's exploration well stimulation program.

A spokesperson for the EPA said submissions and potential impacts would be considered and then the environmental regulator would decide whether to assess the proposal.

They said any future proposals or significant increases to the proposal referred would need to be referred separately under s38 of the Environmental Protection Act 1986.

Dec 11th 2021 - Proposed pipeline opening up the Kimberley to Fracking

To construct this pipeline across the Kimberley is likely to cost $1.5 Billion.  Thousands of gas-fracking wells would be required to underspin such a pipeline.  This would mean an industrialised landscape from near Fitzroy Crossing to Broome.  The Kimberley would look like the Texas oil and gas fields. 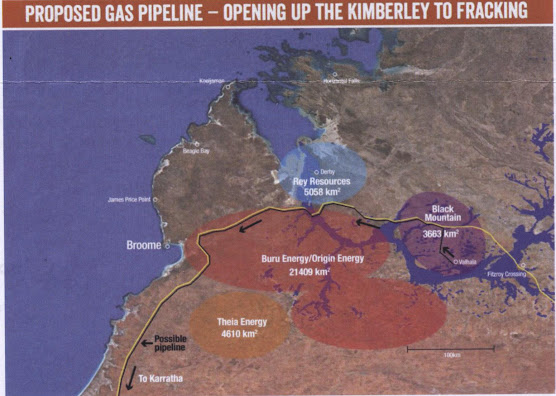 Methane (CH4): Methane is emitted during the production and transport of coal, natural gas, and oil. Methane emissions also result from livestock and other agricultural practices, land use and by the decay of organic waste in municipal solid waste landfills. 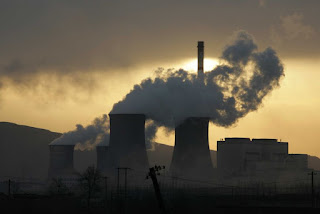 3rd Nov 2021 - Calls from all directions for Australia to do more to cut its greenhouse gas emissions. 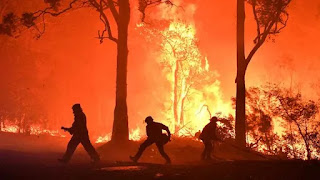 Australia has now agreed to a target of net zero by 2050, finally joining all our major trading partners and more than 80 other countries.

However, with a near-term commitment to cut emissions by just 26 per cent below 2005 levels by 2030, Australia's ambition is considered insufficient by almost any measure.

Labor is calling for stronger 2030 targets, although the opposition won't say what those targets should be until after the Glasgow conference.

Others have been clearer. The Business Council of Australia has backflipped on earlier calls to go slow on climate action and is now calling for a 46-per-cent cut by 2030.

Some in the government have called for stronger targets too. Liberal MP Dave Sharma, for example, suggested a 2035 target of at least 40 per cent, which pulls off the neat trick of implying that the government needs to exceed its 2030 target without explicitly repudiating it. 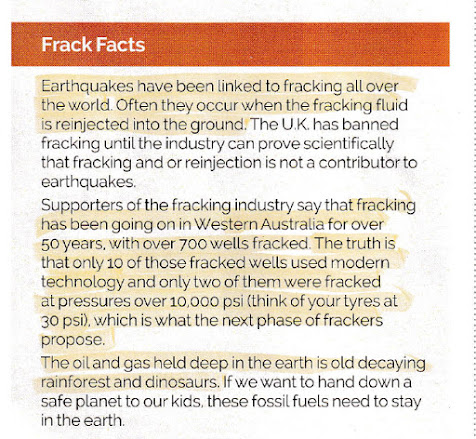